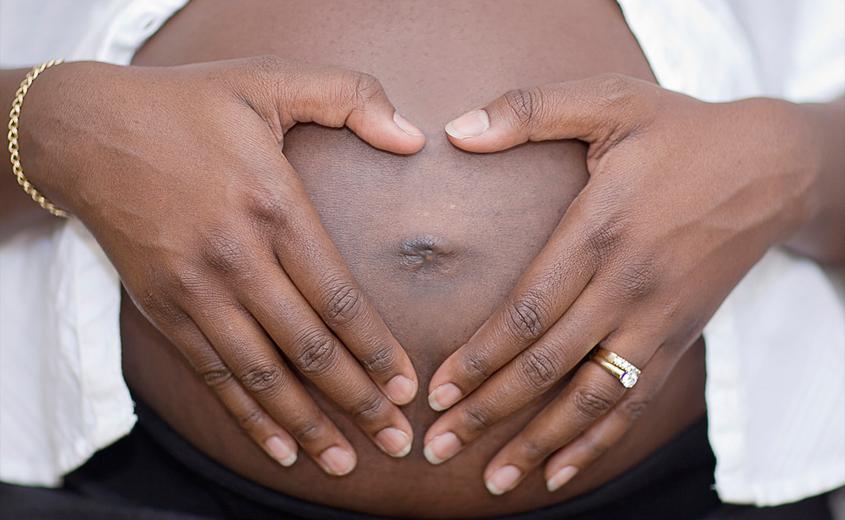 Yes, The Bible Is Against Abortion

Sadly a friend of mine who I consider to be a well versed bible believer, and Youtuber, made the case the bible does not say anything against abortion. He tried to rationalize and apply the miscarriage interpretation of Exodus 21:22 to conclude abortion does not equal murder. His videos are here:

1. (What does the Bible really say about Abortion?)
and here:
2. (The Bible denies abortion is murder?)

Exodus 21:22 " If men strive, and hurt a woman with child, so that her fruit depart from her, and yet no mischief follow: he shall be surely punished, according as the woman's husband will lay upon him; and he shall pay as the judges determine."

His entire argument is built upon a faulty translation of a Hebrew word, to the English word "miscarriage" which only roughly 6 out of 26 bible versions use. The problem is, using a concordance we can see miscarriage is an inconsistent translation to the phrase used in the verse ("so that her fruit depart from her"). The argument is that the penalty for murder was death. So since the man would not be killed (only fined) for a child coming out of the woman dead due to being struck; the bible must not be against abortion/doesn't consider abortion murder.

HOWEVER, this interpretation relies HEAVILY on the assertion the child dies due to coming out of the mother which is not always the case obviously. The argument also says the man is only to be killed if mischief follows, to them that means only the mother dies. This relies on you re-writing the bible to say "mother alone" or something similar where it is not implied. The verse is as follows:

Exodus 21:23 "And if ANY mischief follow, then thou shalt give life for life,"

Nowhere does this explicitly state for the mother alone. The operative phrase was "ANY mischief".

The Hebrew word used is in no wise used for miscarriage in the Old Testament. The consistent use of the lexicon gives the meaning come or go out. This is especially true for other stories of child birth. The Hebrew word in question is 3318>יָצָא>yatsa>to go or come out:

Gen. 25:25 And the first came out red, all over like an hairy garment; and they called his name Esau.

and the next verse...

Gen. 25:26 And after that came his brother out, and his hand took hold on Esau's heel; and his name was called Jacob: and Isaac was threescore years old when she bare them.

Gen. 38:28 And it came to pass, when she travailed, that the one put out his hand: and the midwife took and bound upon his hand a scarlet thread, saying, This came out first.

Even the next verse

Gen. 38:29: And it came to pass, as he drew back his hand, that, behold, his brother came out: and she said, How hast thou broken forth? this breach be upon thee: therefore his name was called Pharez.

Genesis was also written by Moses so it only makes sense to compare it to something else he wrote because everyone's writing style is different. My friend used a completely different person to validate his argument (A Jewish scholar). When Moses himself repeatedly used this word for giving birth among many other things none of which involved a miscarriage.

The proper reading of the versus would be:

22: If men strive, and hurt a woman with child, so that her fruit depart from her, and yet NO mischief follow (that is, the woman and the children do not die or are not seriously injured): he (the one who hurts her) shall be surely punished, according as the woman's husband will lay upon him; and he shall pay as the judges determine (a fine). 23: And if ANY mischief follow (that is, if the woman or child dies or suffer serious injury), then thou shalt give life for life. 24: Eye for eye, tooth for tooth, hand for hand, foot for foot, 25: Burning for burning, wound for wound, stripe for stripe. ...etc, etc, etc. you get the point (basically a death for a death if one dies.

Leviticus 24:19 "If a man injures his neighbor, just as he has done, so it shall be done to him:"

Leviticus 24:20 "fracture for fracture, eye for eye, tooth for tooth; just as he has injured a man, so it shall be inflicted on him."

Deuteronomy 19:21 "Thus you shall not show pity: life for life, eye for eye, tooth for tooth, hand for hand, foot for foot."

Here is the list of ALL the occurrences of the word: http://biblehub.com/hebrew/strongs_3318.htm

And the many usages for the word (none involving anything remotely close to miscarriage): http://biblehub.com/strongs/hebrew/3318.htm

Again I must stress there is no evidence the example displays a death occurring to the baby. Moses would have clarified if there was a death such as is written in Exodus 21:20:

Exodus 21:20 "And if a man smite his servant, or his maid, with a rod, and he die under his hand; he shall be surely punished."

That word is 4191>מוּת>muth>to die (or die). Plenty of versus written by Moses using that word to explain a death:

In conclusion I'm convinced this has nothing to do with a miscarriage based on Moses himself both having multiple usages of the word for birth, and him differentiating the words clarifying when a death occurs.?

"There shall nothing cast their young, nor be barren, in thy land: the number of thy days I will fulfil."

"Give them, O LORD: what wilt thou give? give them a miscarrying womb and dry breasts,"

This set of words explicitly includes destroying a child And Moses, again, wrote Exodus so There you have it.? A CLEAR difference between "going out/departing" and "being barren, lose children, miscarry".